Read more
Last News
> Italy – Don Bosco returns to the boys' prison
> Democratic Republic of Congo – Pope Francis recalls: the future is in the hands of young people
> Italy – "Such a big church" for such a "big thing". Card. Parolin at "Don Bosco" in Rome
> Sri Lanka – More than 6,000 people receive rice-meal donation
> Philippines – DBYC-Lawaan Youth Vigil 2023: a time to reflect on decisions opportunities and changes
> Portugal – At work for IX International Congress of Mary Help of Christians: "I will give you the teacher"
> RMG – Canonically erected, new Province of Tanzania (TZA)
> Italy – Meeting of Consultation Body for Missions Sector
> Vatican – Validity of Diocesan Inquiry into Cause of Servant of God Giuseppe Cognata
> RMG – Digital Health: a series of meetings to explore how to educate young people in self-regulation and responsible use of technology 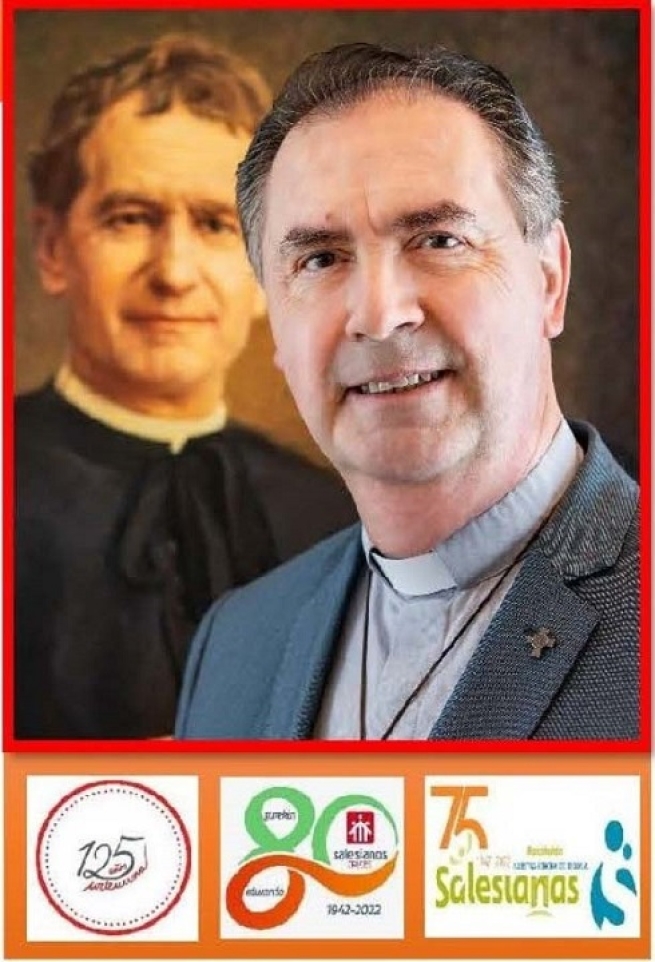 (ANS – Rome) – There is much excitement among the Salesian Family of Barakaldo, in the Autonomous Community of the Basque Country in northern Spain, for the arrival this weekend of the Rector Major, Fr. Ángel Fernández Artime. The reason for his visit is to pay homage – with Salesians, Daughters of Mary Help of Christians, young people and their families – to the charism of Don Bosco rooted in that city, which over the years has been articulated through three major works, all of which are celebrating significant anniversaries this year.

The first Salesian presence to be started in the Basque center was what is now called by the locals simply “Salesianos Barakaldo,” in 1897; years later, the Sons of Don Bosco themselves opened a second institute in the city, in the area called “Cruces” – and today that institute, to differentiate it from the first, is called “Salesianos Cruces.” It was then the Daughters of Mary who started their own work in the city, dedicated to Our Lady with the title “Nuestra Señora de Begoña.”

In this Salesian January, the three works will close the celebrations of three significant anniversaries: 125, 80, and 75 years of presence, respectively.

Such a concentration of “Salesianity” and anniversaries indeed deserved the presence of a distinguished guest; and who better than the Father and Unity Center of the Salesian Family?

Fr. Á.F. Artime reaches Barakaldo today, where he will meet with educators and the educational community this afternoon, Friday, Jan. 20.

Tomorrow, Saturday 21, starts with the Rector Major’s visit to the FMA Institute of “Nuestra Señora de Begoña, where the focus of interaction will be the animators of the city’s Salesian works.

On Saturday afternoon, at the house of “Salesianos Cruces,” the 10th Successor of Don Bosco will preside over the institutional act of closing anniversaries, which will be followed by Mass and an evening of agape with the Salesian Family.

Finally, on Sunday morning, the Rector Major will return to the work of “Salesianos Barakaldo” for Mass and fraternal dialogue with the communities of Don Bosco Salesians and FMAs in the city.